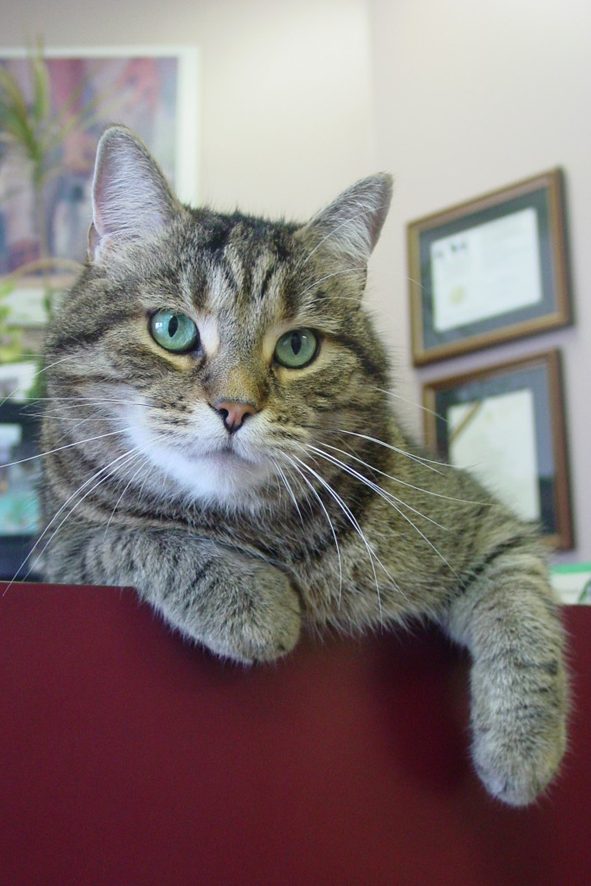 Hello, my name is Digit and I’m the ambassador of Avonlea Animal Hospital.

I’m approximately 16 years old. Back in March 2002, a Good Samaritan found me with an injured back foot and brought me to Avonlea Animal Hospital to be examined. I was taken into the hospital and I had to have surgery which resulted in me having 3 of my toes removed from my back left foot. Since then, I have been know as “Digit”. While I was recuperating at the hospital, Dr. Rosely decided I would make the perfect clinic ambassador and I officially joined the Avonlea family. 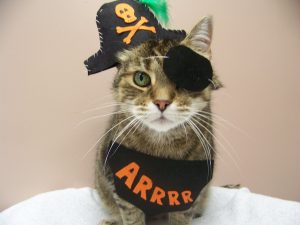 As you may have noticed in my current picture, I’m missing my left eye. In March 2012, the doctors and staff noticed the iris of my eye was not normal. Upon further testing, a growing mass was detected and I was unable to see out of the eye. I underwent surgery to remove the eye. The histopathology revealed it was Iris Melanoma. I fully recovered and never missed a meal!

I still love to play with ribbon and run around the clinic every now and then. I am truly blessed to have found such a great home and I love my adopted family!

COVID-19 Message to our Clients
https://www.avonleaanimalhospital.ca/covid-19-message-to-our-clients/